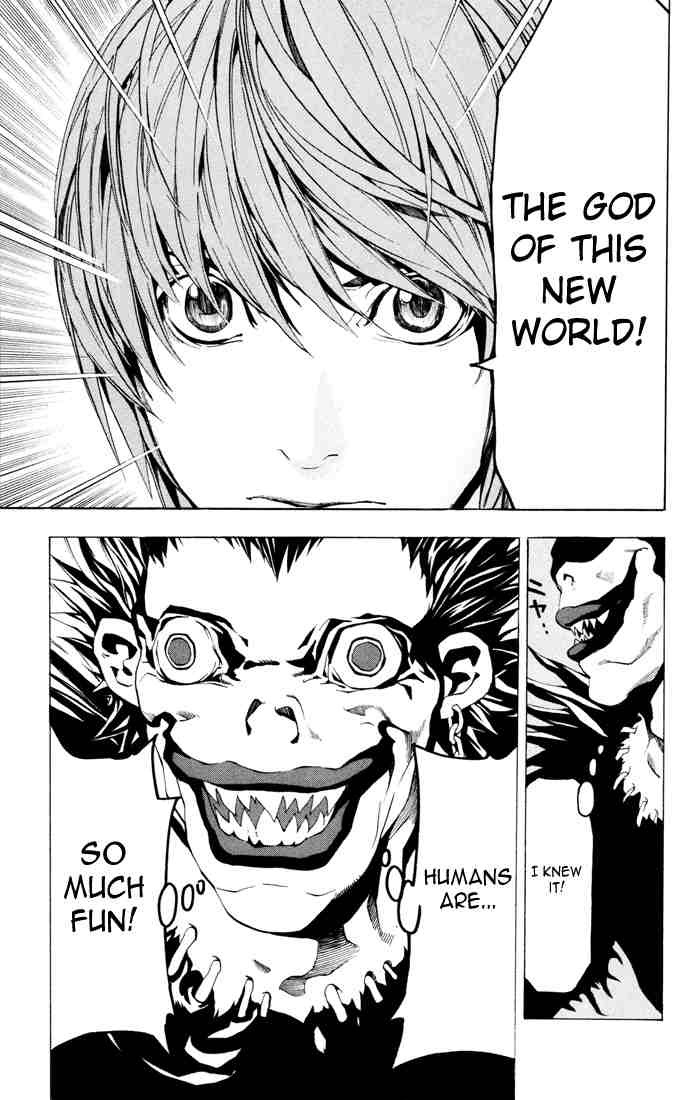 Death Note is a Japanese manga series written by Tsugumi Ohba and illustrated by Takeshi Obata. The story follows Light Yagami, a high school student who discovers a supernatural notebook from a shinigami named Ryuk that grants its user the ability to kill anyone whose name and face he knows. The series centers around Light's subsequent attempts to create and rule a world "cleansed of evil" as a "God" using this found notebook, and the efforts of a detective known as L to stop him.

Death Note was first serialized in Shueisha's manga magazine Weekly Shōnen Jump from December 2003 to May 2006. The 108 chapters were collected and published into 12 tankōbon volumes between May 2004 and October 2006. A television anime adaptation aired in Japan from October 3, 2006, to June 26, 2007. Composed of 37 episodes, the anime was developed by Madhouse and directed by Tetsuro Araki. A light novel based on the series, written by Nisio Isin, was also released in 2006. Additionally, various video games have been published by Konami for the Nintendo DS. The series was adapted into three live-action films released in Japan on June 17, 2006, November 3, 2006, and February 2, 2008, and a television drama in 2015.